Cuomo and Paladino Hash Out Differences Over 15 Layer Lasagna 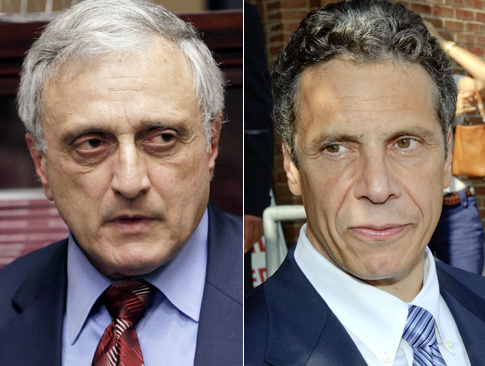 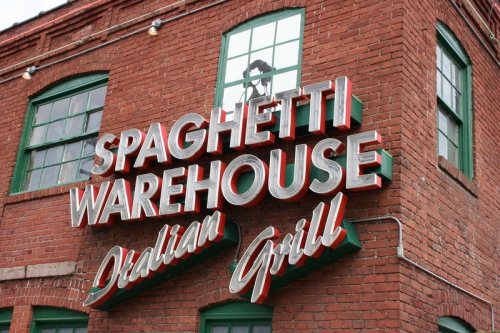 Both candidates were in town for campaign events earlier in the day. Mr. Paladino, a Republican real estate developer from Buffalo, spoke at the Destiny USA mega mall construction site, proclaiming “If you build it, they will come.” Mr. Cuomo held a closed-door meeting with high value donors.

Diners were stunned to see the bitter opponents smiling over several carafes of lambrusco. “They were joking about that Rent Is Too Damn High guy,” Ms. Swanson said. “I know he looks crazy, but he’s got a point.”

When it came time to order, they unanimously agreed on the lasagna. “At the end of the day, they’re proud Italian-Americans,” Mr. Douglas said. “Sure they got different styles, and they fight, but it’s like Sonny and Michael Corleone, you know.”

Indeed, Mr. Paladino was seen chiding Mr. Cuomo goodnaturedly for not finishing his pasta. And after dinner, the two retired to the restaurant arcade with a roll of quarters. However, Mr. Paladino erupted in anger when he discovered the Simpsons game was gone. Apparently, he vowed to “find the scum who stole it and take him out.” The candidates eventually settled on Teenage Mutant Ninja Turtles.

Later outside, local media asked them why they chose Spaghetti Warehouse, a budget restaurant, for their dinner detente. The candidates agreed “In these hard times, New Yorkers are tightening their belts, and we have to do the same.” Mr. Douglas was skeptical. “After the fifteen layer? No chance.”